Participants are asked to come up with strategies and mechanisms that will improve Cable 8, making it more susceptible to the rapidly changing urban landscape, and perform better as a cultural carrier that helps to diversify the otherwise homogeneous nature of the CBD area. 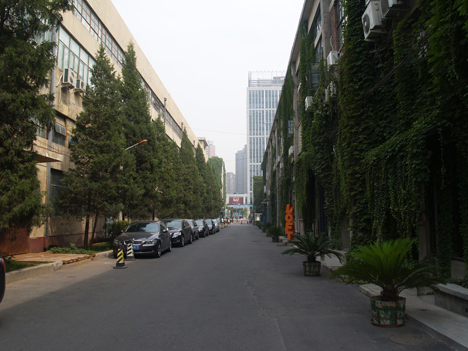 Description
As urbanization advances at an unprecedented pace in China, major metropolitan districts are becoming increasingly commercialized - in a process that we term “CBD-ization” - examples of which can be found in other parts of the world including New York’s Manhattan, Roppongi of Tokyo, and La Défense of Paris. Our observation of the development of urban centers in other countries shows that this commercialization can lead to a wide range of outcomes, some successful and some not. On one extreme is a CBD that is both dense and diverse, creating a rich urban fabric which supports a multitude of public activities throughout the day and night. This type of CBD reaches a delicate equilibrium between commercial and cultural, business and entertainment, main stream and special interests, and progress and pleasure. Overall, it is a heterogeneous urban landscape that attracts tourists, fosters public activities, and sustains long-term growth. At the other extreme is a CBD that exhibits a syndrome of homogeneity – during business hours, people come to work, and in the hours after, there is nothing left except monolithic office towers staring blankly into each other’s glass façades. Deserted in the evening, the streets become hazard ground for public safety. This kind of downtown invalidates the original purpose to which it was assigned: instead of attracting citizens and give them a pleasing urban experience, it becomes an area of desolation.
Beijing’s CBD bears the Chinese name Guo-Mao, originating from the International Trading Center (Guo-ji Mao-yi Zhong-xin) first constructed here in 1984. Centered on the Guo-MaoBridge at the junction of the East Third Ring Road and the Chang’an Avenue, the Guo-Mao area hosts office spaces for international and indigenous enterprises numbered in the thousands, as well as apartments, retail malls, and hotels. A number of landmark structures have risen over the past few years, including the third phase of the International Trading Center, Yin Tai Center, and the new headquarters building of CCTV.