PRAGUE: BRIDGE-BUILDING ON THE VLTAVA RIVER

This competition aims to provide an answer to the housing problem in a creative way and using a theme present throughout the city. 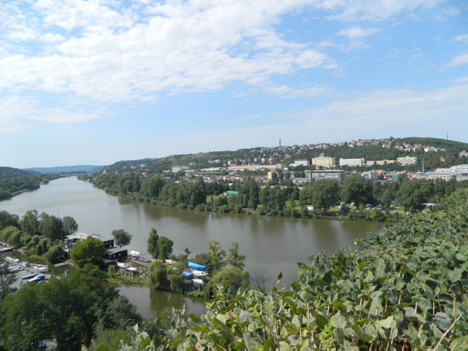 Description
Prague is the capital of the Czech Republic and the largest city in the region of Bohemia. It has a privileged location in the center of Europe and is well connected with neighboring countries, making it one of the most popular destinations on the continent. But like any growing city is lacking housing units and this situation is still of great concern to planners and the City Council of Prague.
It is for this situation that this time ARQUITECTUM has been convened by the City Council of Prague for the International Competition "PRAGUE: BRIDGE-BUILDING ON THE VLTAVA RIVER" which aims to provide an answer to the housing problem in a creative way and using a theme present throughout the city: it’s beautiful bridges this time with the intention of connecting the Smichov and Podolí districts and use these structures as housing or supports which called BRIDGE-BUILDING.
This project is to design five (variable number according to your designed) towers housing the new bridge become an item "alive" that allows the users to use the top as an urban "public" space at the same time as a "private", and that supports the typical mute concrete, brick or steel something "dead" to something "energized" for its nightlife and/or diverse. Thus the Municipal Government trying to install a new type of housing: housing over the river (economic, social) but it is no less beautiful in views, spaces or enjoy the city.