International contest for the best development concept of Mnevniki area

Upon the review the Contest Committee has selected five best architectural concepts of the development of Mnevniki area, initiators of which have received commemorative certificates and prize money in the amount of 700,000 rubles (the total prize fund is 3,5 mln rubles).

Russian-German team of authors of the project "Lugopark" (ARGE - M2M8 - Glasserr&Dagenbach - Architectural Engineering Bureau "Fortuna") put forward to develop an ecological reserve on the site consisting of north and south green parks connected by the walking bridge, and a municipal recreation-and-entertainment park “Enfilade Park” as well.

Dutch architects from OKRA Landschapsarchitecten submitted their project "Mnevniki area: the green benefits", the gist of which is the development of ecological and active areas for public and sport .

According to the project "Safari-park" offered by specialists of "SNiP Project", LLC and Laboratory Geliotectura, on the site of the Mnevniki area it is possible to develop four clusters: leisure, hotel, nature and bike-clusters. Animals will be put in open-air cages and walking, rope and horse ways will be arranged for public as well as a water channel.

Architects from Legacy Group (RSA) together with their colleagues from "Ingeocom-Invest", LLC developed the project "Amusing town-park "Poteshny", in which the first concept of several-day family or group rest at Entertainment and Sport "Town-park" with restaurants and hotels, grounds for mass sport and cultural-entertainment events, and low-rise residential development is proposed.

And finally, the project "Moscow entertainment park", offered by "Kievsakaya ploshad", CJSC suggests development of multifunctional park, consisting of sport grounds, hotels, townhouses and apartments, shopping and public catering areas, museums and art workshops, circus, winter gardens, waterpark and many other entertaining areas. It should be noted that the work has won the Internet vote, which took place on the official website of the Contest - www.mpcontest.ru).

For the purpose of conservation and development of the territory system of Moscow Natural Complex, creating favorable conditions of life of Moscow citizens and improvements of ecological situation in the city, Government of Moscow organizes the International Contest for the concept development of Mnevniki area — natural site of preferential protection of the Natural-Historic Park "Moskvorezky".

Description
The main objectives of the contest — identification of the best development concepts of Mnevniki area, combining brightness of architectural ideas, meeting the needs of residents in high-quality venue for cultural and sports leisure market demand for the project, demonstrating the possibilities for improvement of city environment, and supporting innovative ideas for creation of urban sports recreational areas.

The concept of the future site Master plan is to be aimed at the improving of the site image and increasing its attractiveness for residents and visitors, to provide the site with effective transport and engineering infrastructure, including the measures to improve the ecological situation in the city (restoration of natural flora and fauna, improving the balance of green and landscape areas). 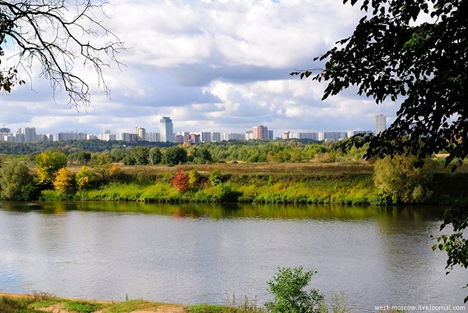 Jury
Chairman of the Comittee:
Kuzmin A.V. — President of Moskomarkhitektura

Prize
During the contest the best site development concept will be chosen. Prize money of the contest amounts to 3,5 mln rubles and presupposes not more than three prizes, the amount of each is to be approved by the contest commission. The winner will be able to participate in the development of the Master plan of the territory.