The Winner
Community Center for Youth and Sports | Brazil

Football is one of the best vehicles for social change (not to mention it’s fun to play). As fans of social change AND fun, Architecture for Humanity, Nike, and Fu.De (Football for Development) have teamed up to host a design competition for a prototype football, education, and health center for Liga FOS -- a project that promotes social development through sport in vulnerable Buenos Aires suburbs.

Description
The site is located in a low-income neighborhood in Moreno, 36km west of Buenos Aires city, Argentina. According to the 2001 Census, in Moreno 69.9% of the population is poor, and 29.8% live in extreme poverty.

The site is accessible by public transportation (buses), with a stop only a few blocks away. The streets are paved (a must during the rainy season). There is a kindergarten adjacent to the site, and primary school nearby. Both have no sports facilities. The center will be used for other institutions and for the entire community. 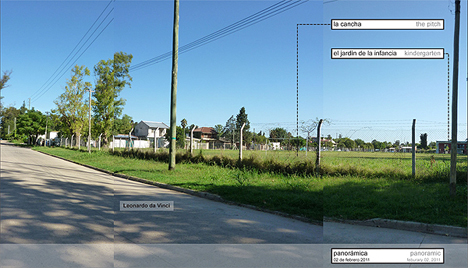 Prize
Besides fame + glory, the overall winner will be given $2,000 USD. An additional $2,000 USD may be awarded as a design stipend towards design development and project oversight – while working with the community and project partners. If the winning team is not locally licensed then a partnership will be formed.

Entries
There is no restriction on the style or content of boards.

Language
Text can be submitted in English or Spanish. If you want bonus points, include both.