House Of Arts And Culture

757 entries from 63 countries were received and 388 projects submitted.

Detailed information of all projects to be posted soon.

The Ministry of Culture of the Republic of Lebanon invites practicing architects to compete in an international architectural competition organized under the auspices of the International Union of Architects for the construction of the House of Arts and Culture. It is a one stage, anonymous project competition.

Description
The House of Arts and Culture (the Lebanese-Omani Centre) will be a space for cultural and artistic production, for exchange and interaction between the largest number of Lebanese and especially the youth. It will be an independent space with the aim to contribute to social communication and cultural expansion and to promote creativity in different fields of art and culture.

Therefore, the Centre should attract a large number of Lebanese every day of the year. Its public should be diverse and go beyond the few "regulars" that attend theatre halls, exhibitions or other cultural centres spread in Beirut and the country.

To achieve this goal, the Centre should be a free space of artistic expression with no boundaries. Its functions and agenda, multiple but equilibrated, should be open to all kinds of Art, including those that encourage interactivity between artists and their public, conferences, workshops, free initiatives, etc.

by Tarek Mitri - Ministry of Culture 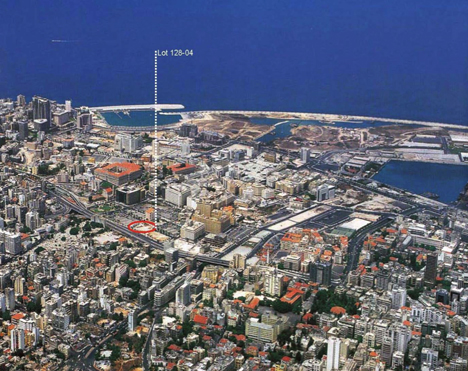 Goals and Objectives
The first of its kind in the capital city of Lebanon, the House holds an important responsibility: that of being the leading place in arts and culture. It should therefore assert itself in the international arena of arts and culture as an innovative structure, both in its concept and contents and in its architecture. It will resolutely be looking towards exploring the future of arts and culture and will encompass the use of modern technologies.
A place of creativity and dissemination of art and culture, the House plays an important role in the education of the youth and of the whole population. This role should not be limited to the physical structure of the House in Beirut; rather, it should be able to reach all the country through cooperation agreements and/or a mobile unit.
To do so, the House will be an active, productive place: far from remaining only a space for performances and exhibitions, it will encourage creativity in a process that will influence the minds and society. The House will therefore be clearly anchored in its Lebanese milieu and culture and cater for the international. It will attempt to project the Lebanese cultural creations in the international sphere.

To answer these needs the House will be accessible and highly visible. Its architecture and the dynamism and vitality of its programme and events would turn it into a magnet for the Lebanese and the Arabs. It will project Beirut in the art community and become a leading place of the Arab World. In this sense, it would reinforce the leading role of Beirut in the field of arts and culture. The House is not conceived as a museum; it will not house permanent collections. It will however host temporary national, regional and international exhibitions. Interactivity between the House, its visitors and the population at large is an essential process. Professionals, scientists, artists, will be invited to organize and lead workshops, conferences, forums, visits of exhibitions and other activities. The House will act as an incubator. It will provide training sessions, spaces and equipment to boost creativity and transdisciplinary exchanges. The vitality of the House should be reflected in its programme: the House is a machine, a plant that continuously produces a diversified offer to cater for the many. Its visit should be an enchantment and a pleasure. Rigidity, routine, conformity, static are to be banned from its functioning and from the presentation of its activities. The international architectural competition that is launched under the auspices of the International Union of Architects (UIA) is based on this concept and ideas for a programme of functioning, of space uses and objectives. 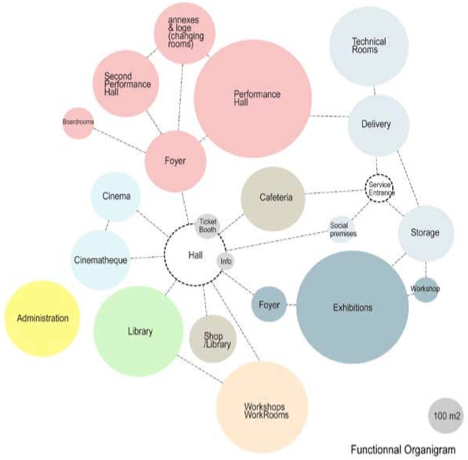 Follow up
The winner of the first prize will be contracted for the architectural conception of the project and the production of the detailed preliminary design. He will be remunerated under the conditions of the Lebanese Syndicate of Engineers and Architects. The prize amount will be considered as an advance on his fees. He/she will go into partnership with the engineering office appointed by the contest organiser. This office, in collaboration with the first prize winner, will be in charge of the technical works (structure, fluids, acoustics, project economy, etc) and the execution and the supervision of the works. If the jury considers that the first prize winner is not able to carry on the project, the jury will ask him to go in partnership with an architect of his choice. The jury and the competition organiser should agree upon this architect. The competition organiser has the right to modify the project during its study phase with the consent of the prize winner.

Organizer
Ministry of Culture of the Republic of Lebanon
Att. International Architectural Competition for the House of Arts and Culture