The Competition is organized for the purpose of selecting an architectural design providing a well-founded spatial development of the Kaliningrad’s historic centre, which would underline a historical context of the area and add a modern image to it. 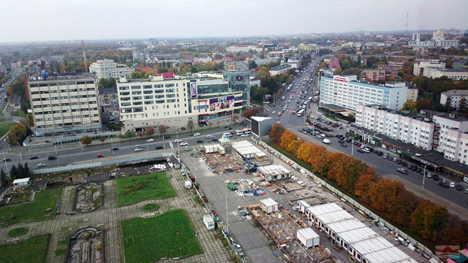 Description
On behalf of the Kaliningrad Region Government and with assistance of the Kaliningrad City Administration, the Non-Profit Partnership ”Urban Planning Bureau ”Heart of the City” launches an open international architectural design competition for architectural design of the Governmental historic and cultural complex on the area of the former order castle Königsberg in Kaliningrad (“Post-castle”, 4,5 ha).
PURPOSES:
- Finding a contemporary architectural image of the historic centre of Kaliningrad in view of the historical and cultural potential of the place
- Accommodation of new functions (multifunctional concert hall, museum of archaeology, museum of the King’s castle history);
- Creating a new silhouette panorama of the historic centre of the city, including the building of the former House of Soviets
The competition area is situated in the location that is of key importance for history of the former Königsberg, the former East Prussia and contemporary Kaliningrad. It has a strategic role for the development of a new image for the central part as well as for the whole city and Kaliningrad region.
The future Governmental historic and cultural complex to be located on the grounds of the former castle Königsberg, in the immediate vicinity of the House of Soviets should become a landmark of the new centre of Kaliningrad.

Entries
The 8 A1 format panels