Olympic Campus: a new headquarters for the International Olymp 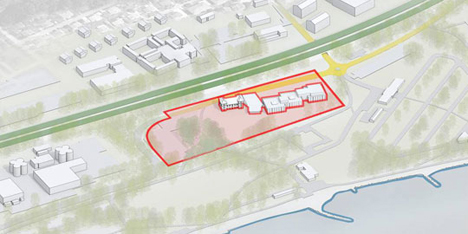 At the Lausanne-Vidy site (Switzerland), the IOC would like to:

- Create new headquarters for 450 staff members on one site. The volume of the planned building is roughly 70,000m3 with a ground surface area of 18,000m2.
- Plan for the development of an “Olympic campus” housing administrative buildings as well as possible accommodation and services. The surface area of the plot available to the IOC is 24,000 m2.

This will allow the IOC to benefit from two Olympic sites in Lausanne: one in Ouchy around The Olympic Museum, to host the general public; and the other in Vidy for the whole administrative staff and to host its institutional partners.

The project is to be developed on a high-quality natural site (in immediate proximity to Lake Geneva), taking into account the Château de Vidy, which was classed as a historical monument by the État de Vaud in 1971. Whether or not to retain Olympic House, built in 1986, and the multifunction centre, built in 2005 between the Château and Olympic House, is left to the choice of the candidates in the framework of developing the future headquarters, provided that evidence of these is left.