International Urban Design Competition for the Regeneration of Tongyeong Dockyard

We intent to hold the competition in order to newly activate its neighborhood around the previous Shina shipbuilding dock yard that is no longer in operation due to the downturn in the shipbuilding industry, to create an international hub of culture and tourism thus establishing a global tourist attraction through regeneration and reorganization of the old urban structure. 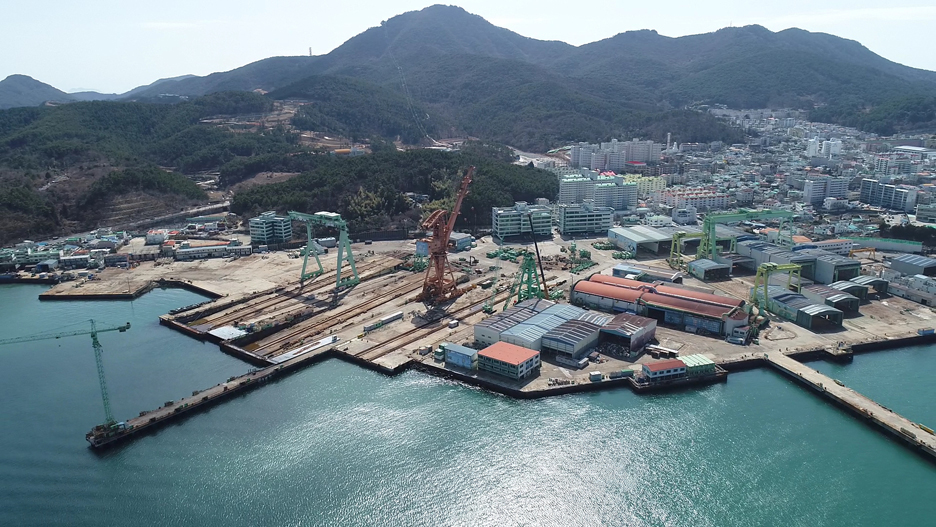 Description
Shina sb dockyard was founded in 1946 and served as a major source of economic growth in Tongyeong; however, due to stagnation in the shipbuilding industry, the company began to experience a slowdown in business after 2010, eventually becoming bankrupt on November 26, 2015.
As a result, approximately 5,000 workers at the Shina sb dockyard and related businesses lost their jobs en masse, leading to 70% of residential units in the surrounding areas becoming vacant.
The vacant residential units followed by the departure of dockyard workers have led to an overall doughnut-pattern of development in the region, resulting in rapid stagnation and a decline in the regional economy.
In response, the Ministry of Land, Infrastructure and Transport designated Shina sb dockyard and the surrounding area as a beneficiary for the Urban Regeneration New Deal (economy-based) last December and plans to provide support for the area from the national budget; the implementer of the project, the Korea Land and Housing Corporation, purchased the Shina sb dockyard site in March 2018, and will carry out the project as a joint development program in tandem with Tongyeong.
The purpose of the (Former) Shina sb dockyard Urban regeneration Project is to form a cultural and tourist hub on the site of the closed dockyard, thereby establishing a global hub of tourism through industrial reorganization.
By using the former dockyard as a tourist attraction, a globally recognized model for a comprehensive waterside town consisting of international core facilities, resort facilities, areas for seaside leisure activities, high-end residential facilities, etc., will be established.