Competitors are challenged to create temporary wintertime installations anchored to the utilitarian life guard stands that inject colour, movement, humour and life into the landscape along Toronto’s east end beaches. 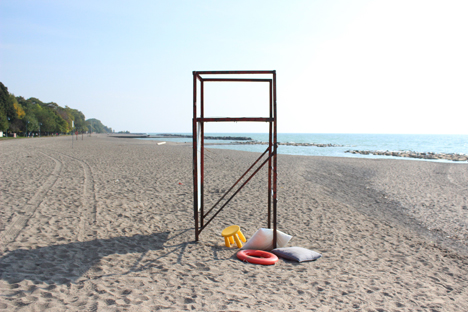 Description
As we learned this past year, during the winter of 2015, even record-cold temperatures cannot turn back Torontonians from the Beach. For 2016 we return with an expanded second annual WinterStations exhibition to celebrate Toronto's winter waterfront landscape.
This year we are expecting up to include thirteen lifeguard stands across Balmy, Kew and Ashbridges Bay beaches located in the heart of the Beach community, south of Queen Street East, between Woodbine and Victoria Park Avenues. These utilitarian structures are to be used as the armature for temporary installations which will need to be able to withstand the rigours of Toronto winter weather. The exhibition is to run February 13, 2015 until March 20, 2016.
This year's theme is Freeze / Thaw.

Prize
- $3,500 for the designers honorarium.
- Up to $10,000 (CAN) including taxes for the purchase of all materials, hiring of any engineers or other consultants deemed necessary, and labour for the installation and removal of the installation. This budget will be jointly managed by the designer, the winterstations management team and the constructor.
- A separate budget of up to $1,500 (CAN) for travel and accommodation is available for designers outside of the greater Toronto area.