Design for Construction of Sites in Xuanxi North, An International Conceptual Design Competition

We hope the designers to provide conceptual conservation and regeneration ideas for the overall project area from an urban design perspective, which would provide a general framework to support their remodeling schemes for individual building blocks. 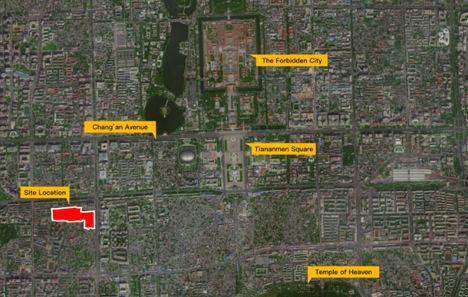 Description
The Xuanxi North project is located in central Beijing, within the second ring-road. It lies on the west side of Xuanwumen Outer Street, about 2.2km in a direct line from Tian’anmen Square and 3.6km from the Temple of Heaven, and has a surface area of about 13 hectares. The project falls within the Beijing Historic Character Harmonization Area, and its borders are as follows: to the east it is bordered by Xuanwumen Outer Street; to the west it is bordered by Xiaxie Street; to the south it is bordered by Chukuying Hutong, Jiaochang Daliu Alley, and the south edge of Yang Jiaoshan Memorial Hall. The area has within it 5 conservation sites (Yang Jiaoshan Memorial Hall, Former Residence of Shen Jiaben, Former Residence of Gong Zizhen, Taiyuan Guildhall and Dongguan Guildhall), 4 Social Housing Blocks, and the rest being a warren of residential properties.
The Xuanwumen Outer area in which the project is located is an important part of the historic “Xuannan” area where literati gathered and culture flourished. This literati culture area was first taken shape in the Ming dynasty and reached its peak during the Qing dynasty with a history spanning over 600 years. It was the place where famous scholars gathered from all over China, and it played an important part in the advancement of learning during the Qing dynasty, and particularly in the blossoming of sinology. Within this area a great number of important sites and buildings have survived to the present. These include: Shangxie Street, where the footsteps of high scholars were once to be seen everywhere, along with Yang Jiaoshan Memorial Hall, Former Residence of Shen Jiaben, the Guildhalls of Taiyuan and Dongguan and the Former Residence of Gong Zizhen, who is an outstanding literary figure of the modern period.