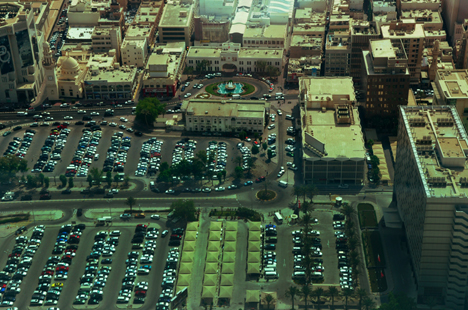 Description
One of the few existing public spaces in Bahrain, the Bab al Bahrain square has been progressively turned into a series of surface parking lots. Still, due to its historical importance and its centrality within the Island, it holds the potential to become a lively urban public square; located at the entrance of the Manama Suq it has the advantage of belonging to a tight urban structure which still benefits from a natural pedestrian network.
Once located a stone’s throw away from the sea, it is today physically separated from the sea due to the land reclamation projects which have taken place since the 1950s.
The competition therefore poses the double challenge of reviving the memory of the sea on the site and proposing a viable urban square taking into consideration the new changes in lifestyles and behaviorism in the Arab World.
Considering the recent political events that have taken place across the region, the competition seeks to question what a contemporary public space in the Arab World should look like.

Prize
A total of $15,000 in prize money will be distributed by the jury to the selected winner.

Entries
2 A2 Panels, a conceptual model, a descriptive text

Timetable
Exhibition: from the 15th of February to the 30th of March in a custom-built pavilion located at the entrance of Bab Al Bahrain on the occasion of Manama

Organizer
Ministry of Culture of the Kingdom of Bahrain