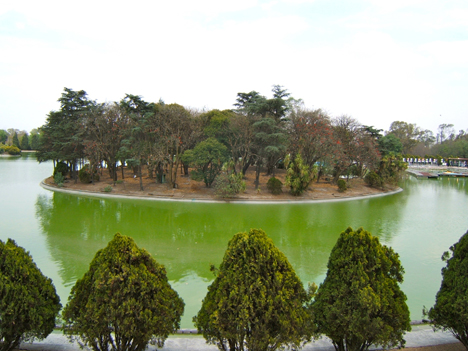 Description
Mexico has always had an open romance with Death. In one way or another, death is celebrated as if it were a carnival, with processions and private and public ceremonies that speak to us of the system of thought of the ancient Mexican cultures that have survived the period of colonization and even blended with European culture in subtle and largely hidden ways. The present-day vigil ceremony of the Day of the Dead has emerged from the spiritual conquest undertaken by the new Spanish landowners and colonizers of Michoacán. The ancient inhabitants of Mexico performed important rituals associated with death which made a great impression on the first Spanish conquistadores who, through a process of evangelization, introduced new ideas, leading to marked religious syncretism.
The “Vertical Necropolis” being proposed is intended as a new prototype model for burial at a global level, a model which, given the unbridled growth of today’s cities, would provide a ludic-urban place where the deceased can be visited, which at the same time would serve as a landmark within the city.
The “Vertical Necropolis” is a self-sufficient building where visitors will be able to enjoy the comforts of a luxury hotel while, at the same time, sensing a less serious and formal atmosphere. In this way, visitors will be able to participate in a unique experience in one of Mexico’s most beautiful districts.

Prize
1st PRIZE: US $ 3,500 and a plane ticket to Mexico to attend the prize-giving ceremony and the exhibition, accommodation for two people for two nights in Mexico City
2 PRIZE: US $ 1,000
3rd PRIZE: US $ 500
9 HONORABLE MENTIONS