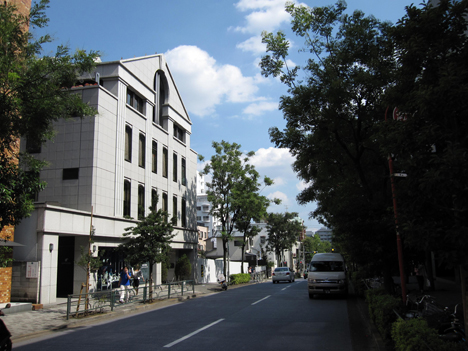 Description
Over the past decades, Japan has become a leader society at design and industrial production, but especially at industrial development, which has successfully brought together both Occidental science and technology with Asiatic philosophy and history. Japanese design assumes the service of every aspect of modern life, still being a visual way that expresses universal truths and cultural values, with unique sensibility and mixture. Japan has contributed consistently to improve people’s lifestyles beyond limits, from the design of simple day-to-day use objects up to the most sophisticated ones, becoming an example of frontline design.
The site is located at Omotesando Street, since this avenue gathers the world’s most important fashion houses, at their maximum magnificence. These buildings have been designed by Japan and the world’s best architects. It is an incredible opportunity for the winning architect to gain professional acknowledgment at a potential growing market, such
as fashion houses buildings in Tokyo.
The objectives of “TOKYO 2010” Competition are the following:
- To publicize the work of architects worldwide so that, eventually, they may take a part in the tough Japanese architectonic design market.
- To gather architectonic ideas from all over the world, that will enable the selection the best project to be located at Omotesando Street, at Tokyo.
- To encourage the best ideas regarding urban values and still be able to sensitize with Japanese culture and fashion world.
- To generate the discussion of ideas regarding the intervention of contemporary commercial centers and urban contexts.